A commemorative postage stamp on the Centenary of the Gadar Conspiracy, a plan to initiate a pan-Indian mutiny in British Indian Army and to end British Raj in India : 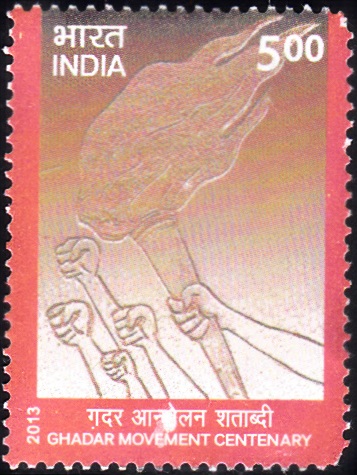 Issued for : Department of Posts is happy to issue a Commemorative Postage Stamp on the Ghadar Movement Centenary.