A commemorative postage stamp on the 75th anniversary (1922-97) of the Rashtriya Indian Military College (RIMC), a boys public school in Doon Valley, Dehradun : 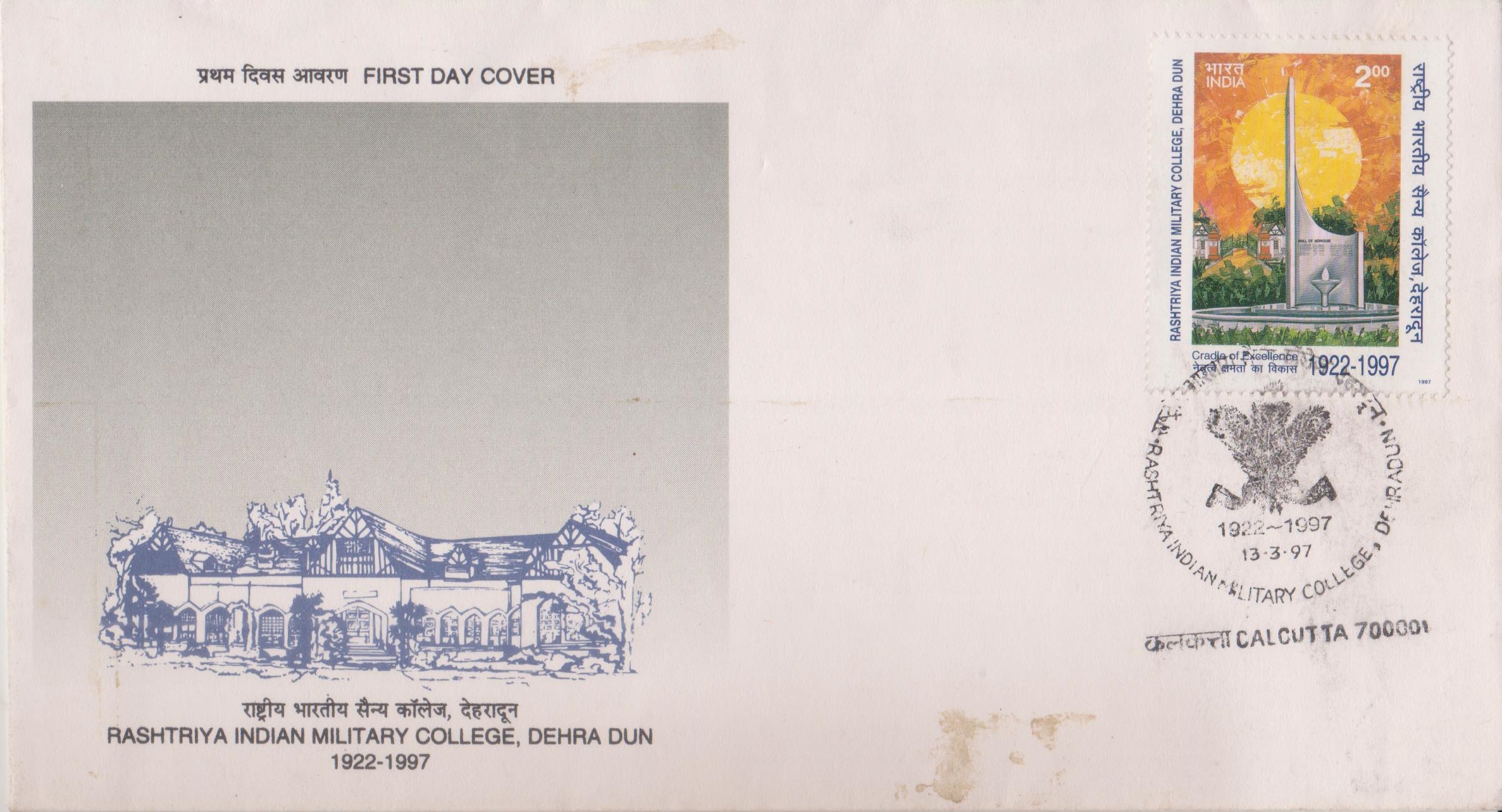 Issued for : To mark the Platinum Jubilee of the RIMC the Department of Post is proud to issue a commemorative postage stamp on the Rashtriya Indian Military College, Dehradun.