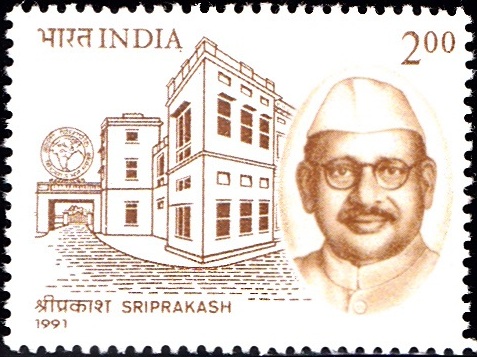 Description of Design : The stamp depicts the personality and the Kashi Vidyapith. The cancellation is prepared by Ms. Neenu Gupta.