A commemorative postage stamp on the 19th Death Centenary of Saint Thomas the Apostle, one of 12 Apostles of Jesus Christ according to the New Testament : 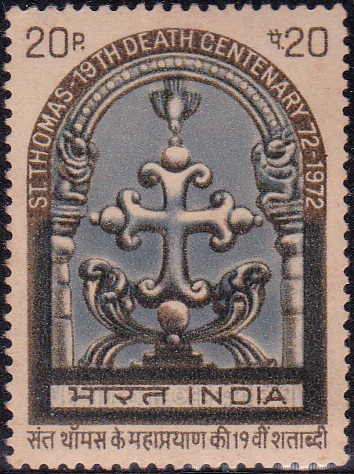 Issued for : The Posts and Telegraphs Department are privileged to bring out a stamp commemorating the 1900th death anniversary of St. Thomas.

Description of Design : The stamp design is vertical and depicts the cross in the church on St. Thomas Mount, Madras.