A commemorative postage stamp on the 75th Anniversary of The Hindustan Times, an Indian English-language daily newspaper : 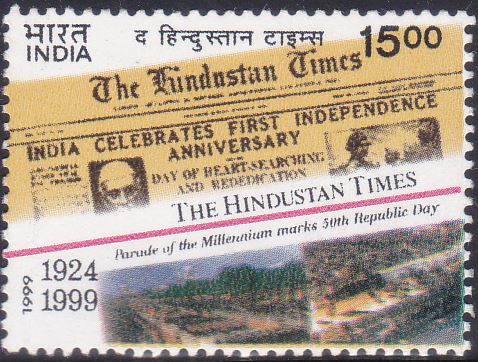 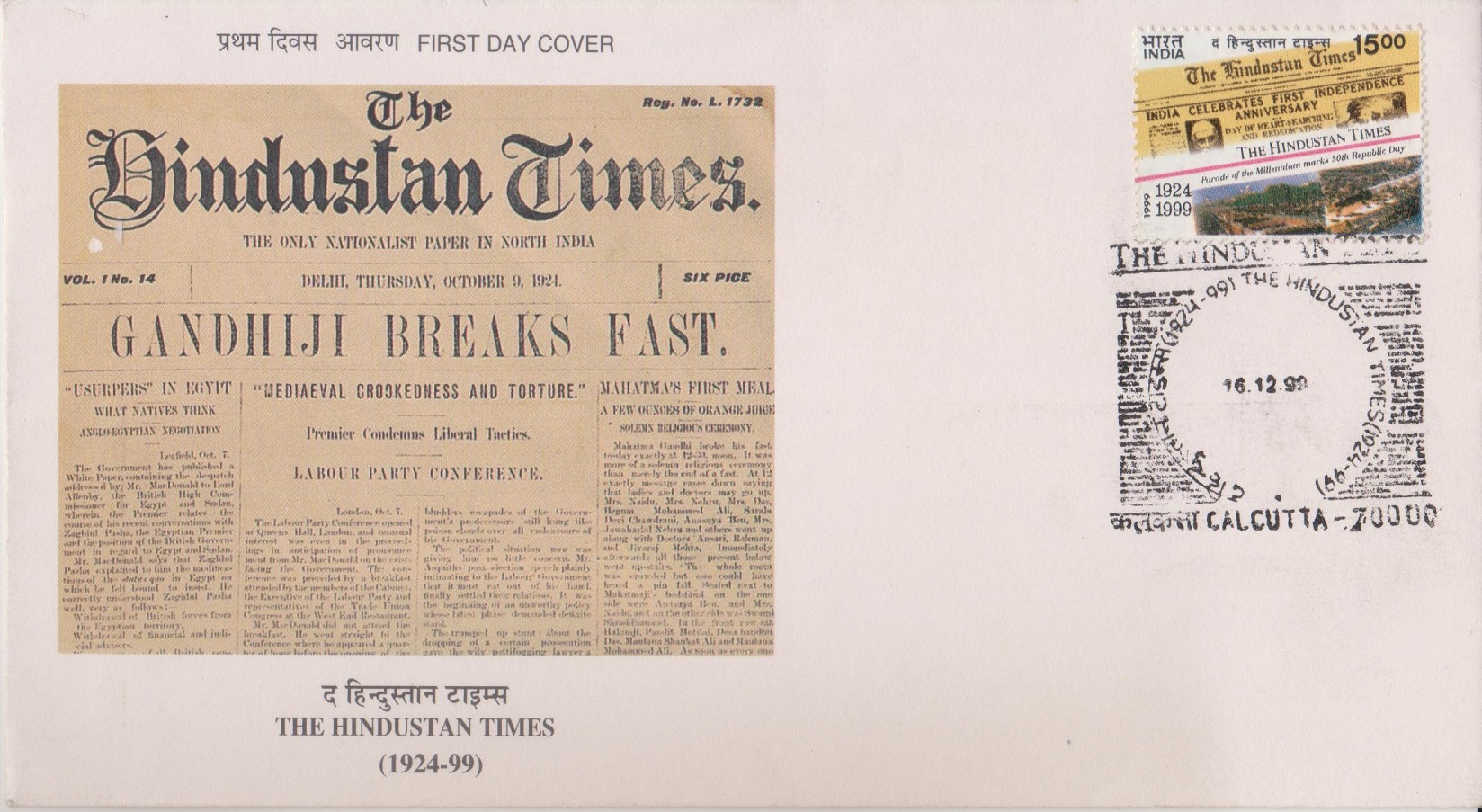 Issued for : The Department of Posts is happy to issue this commemorative stamp on the occasion of the 75th anniversary of The Hindustan Times.

Design : The stamp and first day cover designs seek to immortalize historic events in the country’s history through coverage of headlines for the date.