A commemorative postage stamp on the Birth Centenary of Pandit Visnudigambara Paluskara, a Hindustani musician, founder of Gandharva Mahavidyalaya [a part of the series ‘Centenary Stamps Series‘] : 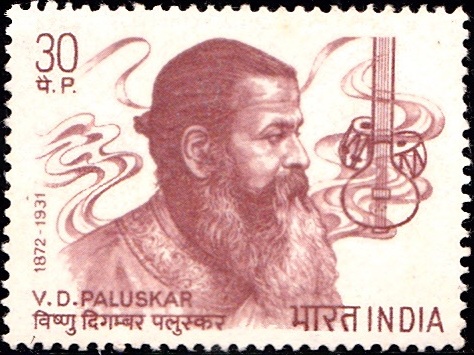 Description of Design : The stamp is horizontal and has as its motif a profile of the musician.