A commemorative postage stamp on the Dr. G. Armauer Hansen, a Norwegian physician, identified Mycobacterium leprae bacterium, causative agent of leprosy in 1873 [a part of the series ‘Centenary Stamps Series‘] : 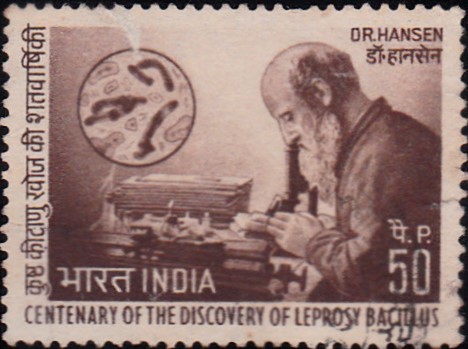 Description of Design : The stamp is horizontal and shows the scientist looking into the microscope (in order to figure the discovery of the Leprosy bacillus).