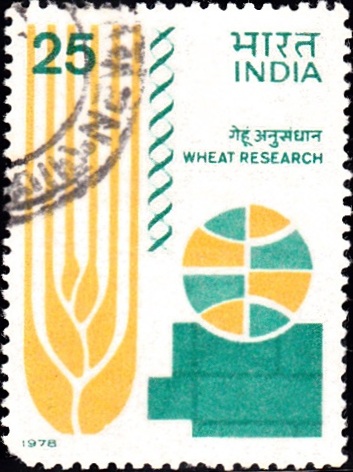 Issued for : The Indian Posts and Telegraphs Department is happy to bring out a postage stamp on Wheat Research to commemorate the holding of this Symposium.

Description of Design : The design shows a stalk of wheat in stylised form with a picture of the Globe to the right. The creepers in the centre symbolise genetics in Agriculture.