A commemorative postage stamp on the World AIDS Day, 1 December : 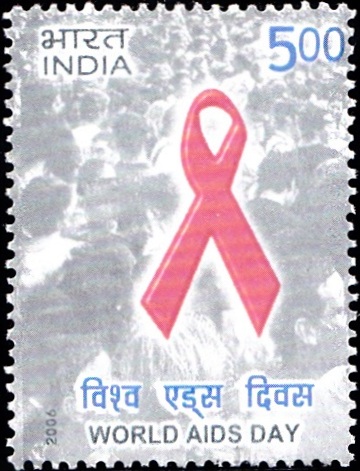 Issued for : Against this background the release of a postage stamp on World AIDS Day on 1st December 2006 reflects our country’s commitment to check the spread of this deadly disease. India Post is proud to issue this stamp which will help carry forward the message of combating AIDS, a critical issue for humankind, which is engaging the urgent attention of nations around the world.