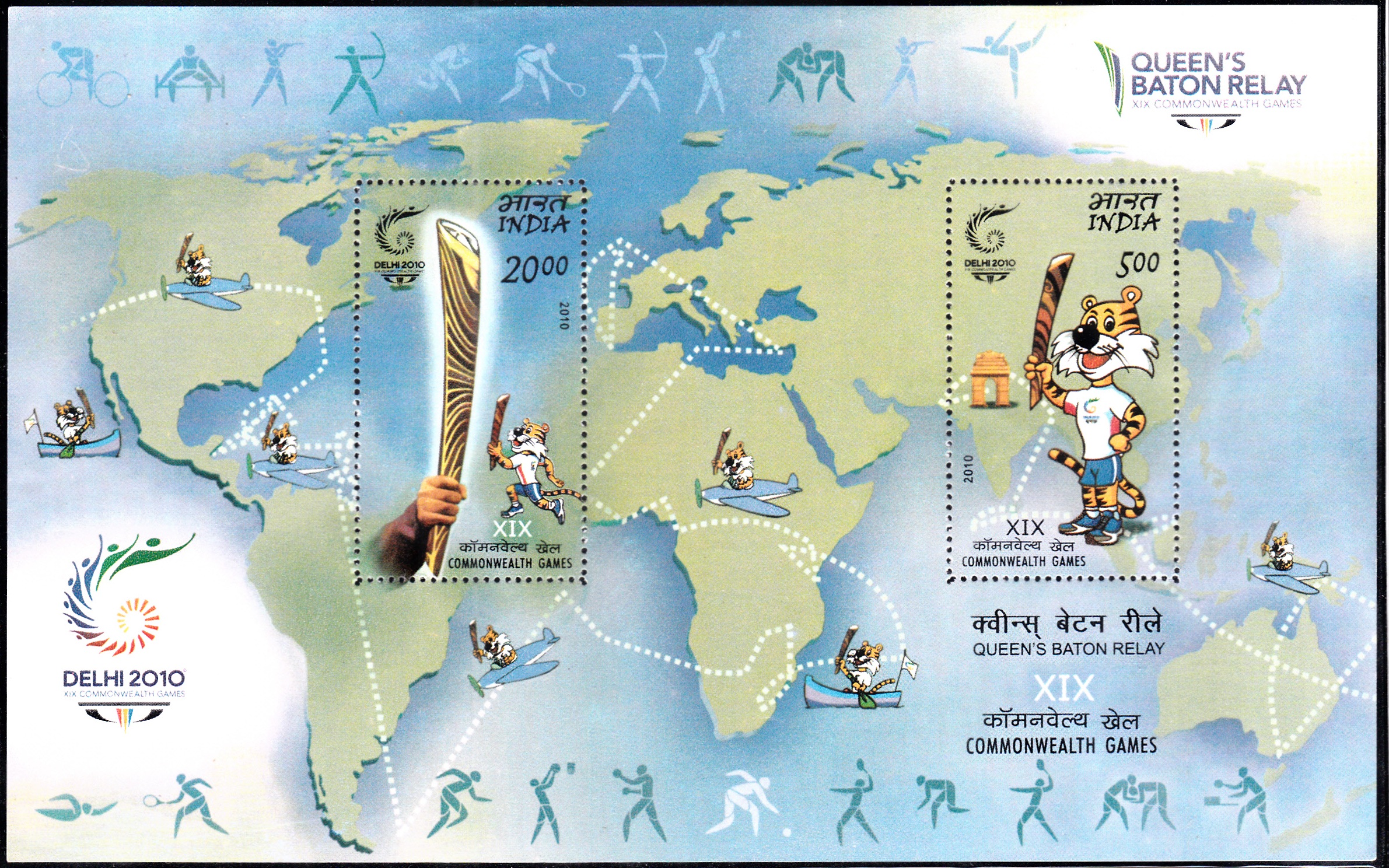 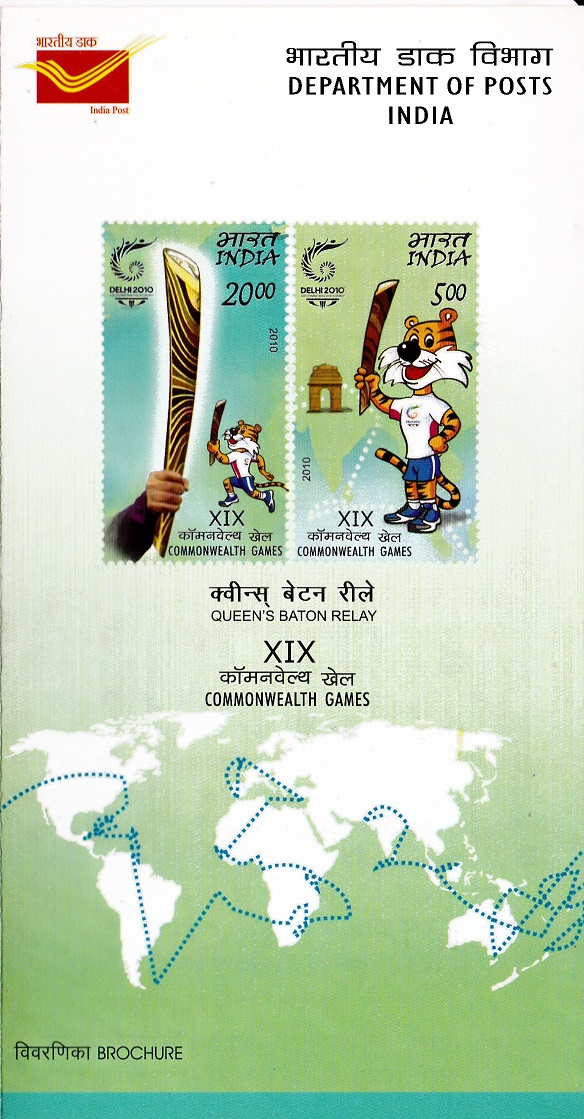 Issued for : To commemorate the historic event India Post is happy to issue a set of two commemorative postage stamps to mark the baton’s entry into India as a herald to the Commonwealth Games 2010, one depicting the baton and the second, a proud Shera holding it with Delhi‘s India Gate in the background.