Information Sheet for the Commemorative Postage Stamp on the 21st Commonwealth Parliamentary Conference : 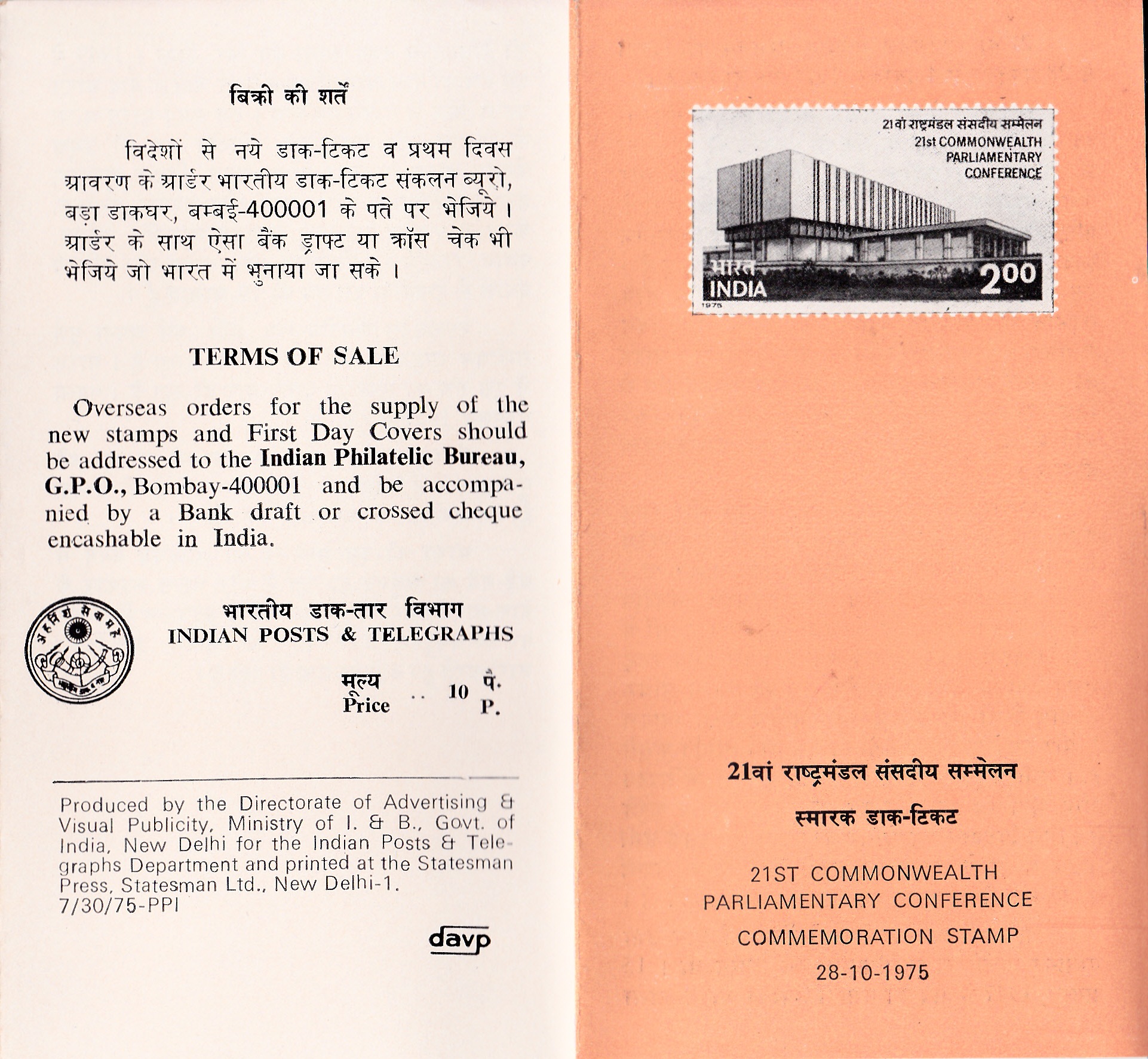 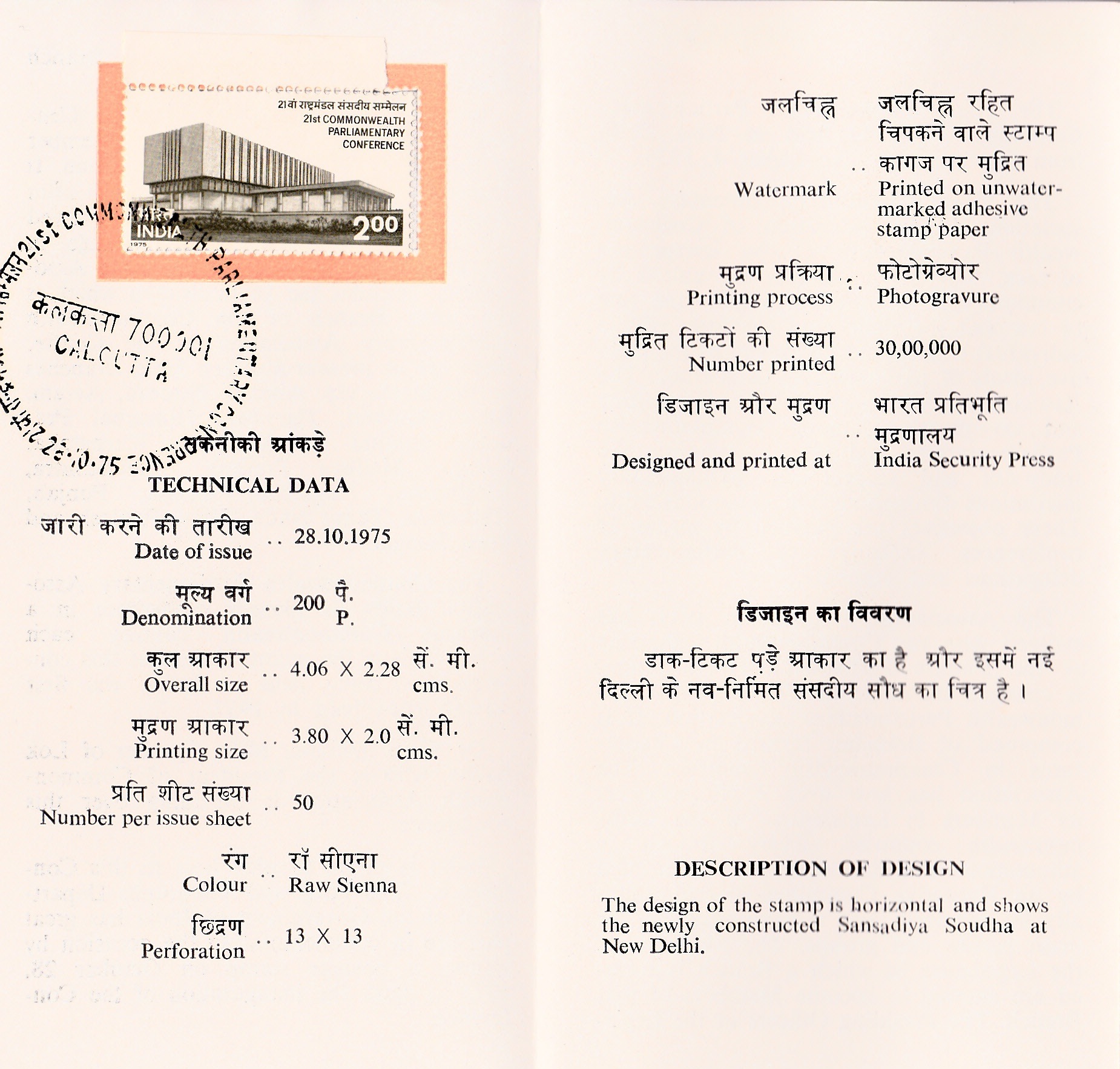 Issued for : India is proud to play host to this Conference. The Posts and Telegraph Department of the Government of India has great pleasure in commemorating the occasion by issuing a postage stamp on October 28, 1975 to mark the inauguration of the Conference.

Description of Design : The design of the stamp is horizontal and shows the newly constructed Sansadiya Soudha at New Delhi.