A commemorative postage stamp on the Birth Centenary of Abanindranath Thakur, an Indian Bengali artist, promoted Contextual Modernism, founder of Indian Society of Oriental Art, a nephew of Rabindranath Tagore : 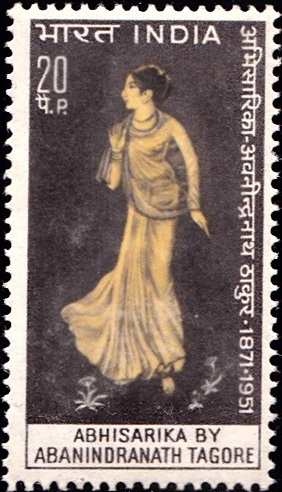 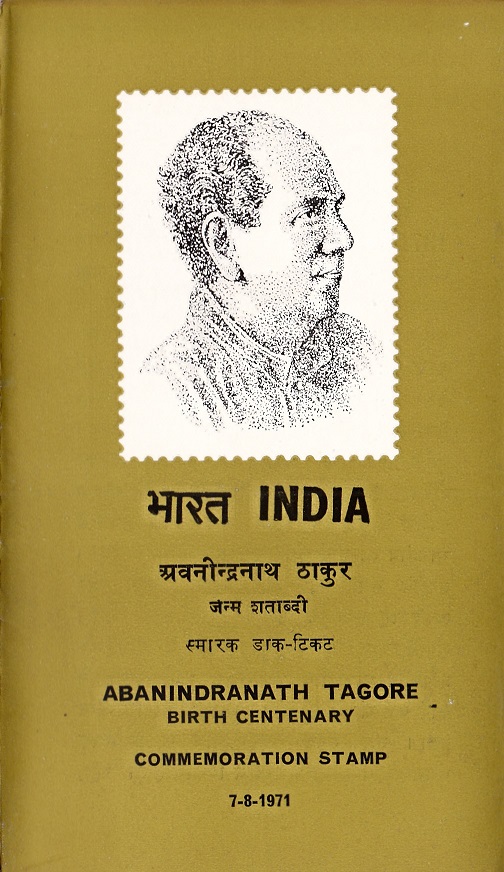 Issued for : The Posts and Telegraphs Department feel privileged in commemorating the birth centenary of Abanindranath Tagore by bringing out a stamp depicting one of his creations.

The painting chosen for this purpose is titled “Abhisarika” and purports to illustrate a verse in Kalidasa‘s ‘Ritu Samhara.’ Although the painting is one of the earliest attempts on the part of the artist, to present an Indian theme in the so called Indian style, it echoes influences of techniques of western art also. The lady in the picture dressed in a sari with pleated folds and transparent scarf revealing a fair complexion denotes sensuous beauty par excellence, while the evocative gestures, mood and the elegant pose suggest gentle movement and subtle restlessness.

Description of Design : The design of the stamp is vertical and depicts one of the well known paintings “Abhisarika” of the artist Abanindranath Tagore.