A commemorative postage stamp on the Birth Centenary of Asit Kumar Haldar (1890-1964), an Indian painter during Bengal renaissance and an assistant of Rabindranath Tagore in Shantiniketan : 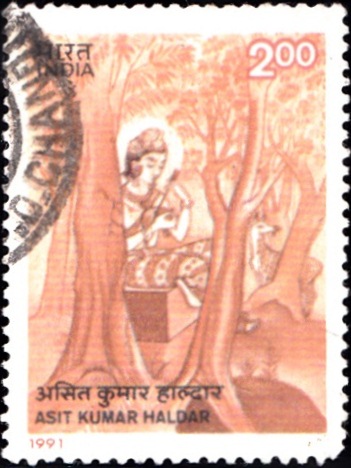 Description of Designs : The stamp depicts Asit Kumar Haldar’s painting “Siddhartha with an injured Bird”. The first day cover depicts the self portrait of the artist. The cancellation has been designed by Ms. Alka Sharma.

Born on 1890 at Jorasanko, Kolkata, India