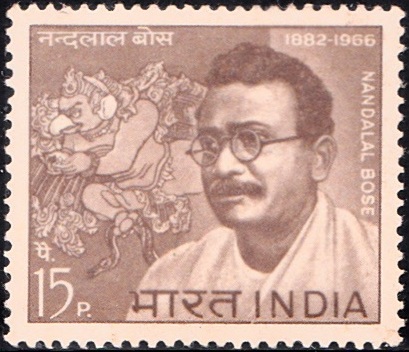 Issued for : On the occasion of the first anniversary of his passing away, the Indian Posts and Telegraphs Department is privileged to issue a special commemorative stamp to honour Acharya Nandalal Bose, who was great as an artist, as a teacher and as a human being. This stamp, apart from carrying a portrait of the great painter, also depicts one of his famous works, “Garuda“.

Design : The painting “GARUDA” has been reproduced in the stamp with the permission of the heirs of the late Shri Nandalal Bose, by the courtesy of M/s. George G. Harrap & Co. Ltd., London.