A commemorative postage stamp on the Birth Centenary of Nandalal Basu, an Indian Bengali painter and his painting ‘Pratiksha’ : 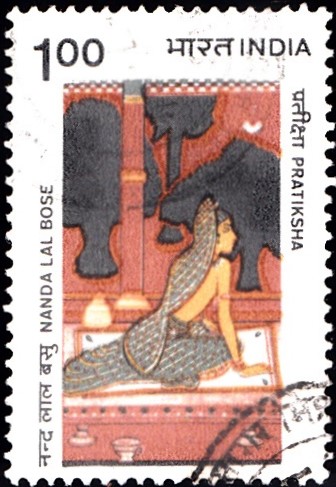