A commemorative postage stamp on the Golden Gopuram of Venkateswara Temple, Tirumala, a landmark Vaishnavite temple : 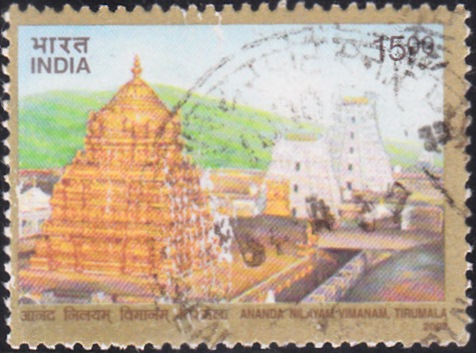 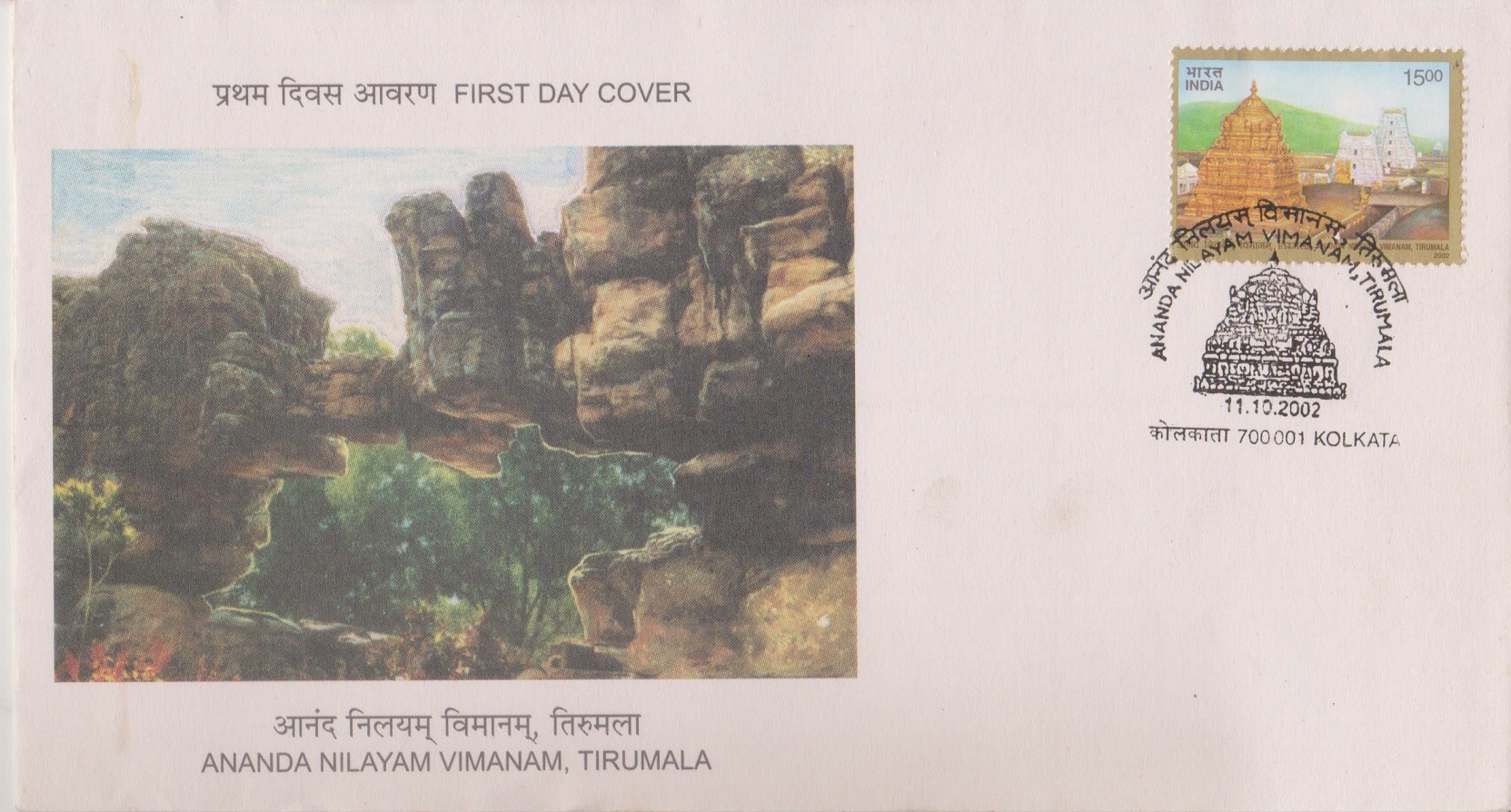 Issued for : The Ananda Nilayam Vimanam, apart from being a source of spiritual inspiration, has also inspired various activities in the fields of social reform, literature and culture. The Department of Posts is happy to issue a postage stamp featuring this important monument.

The First Day Cover portrays the Geological Arch of Tirumala, a unique creation of nature, believed to be more than 1000 million years old. The Arch also figures prominently in the mythology associated with Lord Venkateswara.