A commemorative postage stamp on the Birth Centenary of Pandit Motilal Nehru, founder patriarch of the Nehru–Gandhi family : 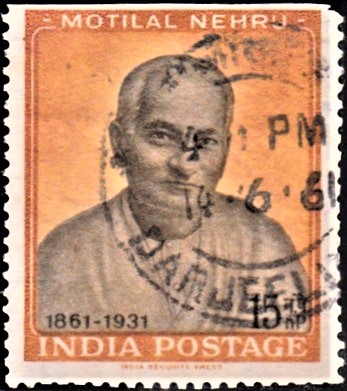 Issued for : On the occasion of the birth centenary of Motilal Nehru, the great national leader and patriot, the Posts and Telegraphs Department has the privilege of issuing a special stamp commemorating the event.

Design :The stamp, which is based on a photograph, has been executed by the India Security Press, Nasik.