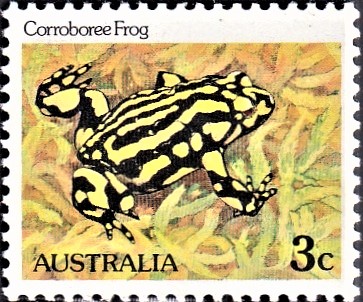 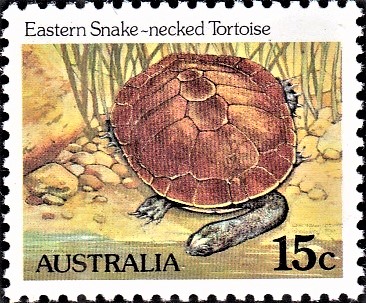 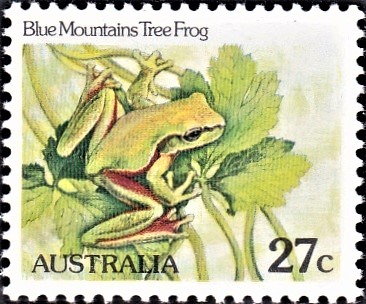 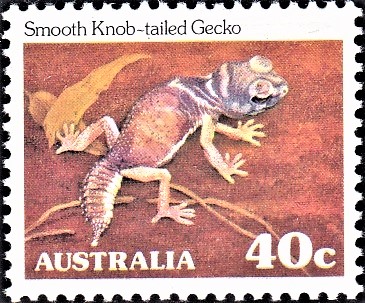 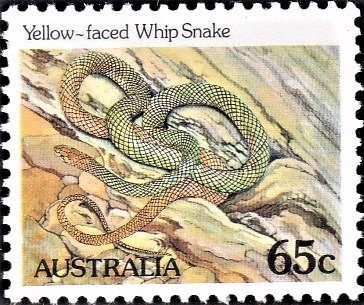 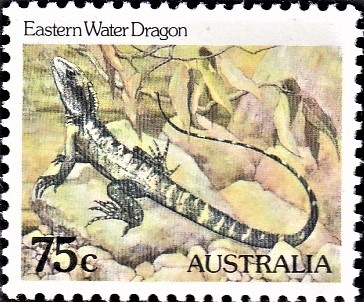 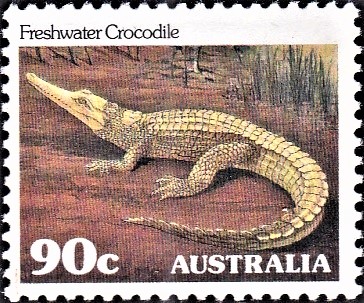 Issued for : Reptiles and amphibians are the subject of the second part of the Australian animals definitive stamp series. The six mammals featured on the first part of the series introduced in 1981 are all considered to be endangered species. Reptiles and amphibians form another important group of Australian fauna. The seven species depicted on the stamps were selected on the advice of the Department of Herpetology at the Australian Museum, Sydney. The Blue Mountains Tree Frog and the Corroboree Frog are amphibians; and the Yellow-faced Whip Snake, the Eastern Water Dragon, the Eastern Snake-necked Tortoise, the Smooth Knob-tailed Gecko and the Freshwater Crocodile are reptiles. Collectively these seven species are spread over most of mainland Australia. None of them is endangered, but all, either because of their habits or their distribution, are comparatively rarely seen.

Designed by : Beverley Bruen, Uralla, NSW [Miss Beverley Bruen graduated with Diploma of Painting from the National Arts School, Sydney in 1966 and later, in 1977, returned to studies to complete a Bachelor of Arts degree majoring in Fine Arts at Sydney University. Originally interested in the illustration of children’s literature, she has, through a “twist of circumstances”, found herself becoming known as a herpetological artist. As well as the reptile and amphibian designs for Australia Post, she has been commissioned by NSW National Parks and Wildlife Service to design an identification poster of Australia‘s venomous snakes. When not involved with work as a free-lance illustrator, Beverley Bruen has exhibited paintings and taught life-drawing to art and architecture students at Sydney University Art Workshop, Hong Kong University and the National Art School, Sydney.]