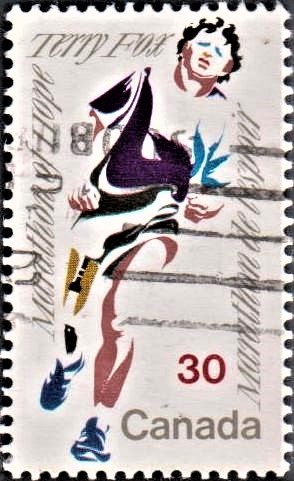 Design : The youth of Terry Fox made his heroic achievement all the more admirable, and Vancouver graphic artist Friedrich Peter, an instructor at the Emily Carr College of Art and Design, has conveyed both these ideas in his dramatic stamp design.