Complete Set of 2 nos of commemorative postage stamps on the Centenary of Indian Telegraphs : 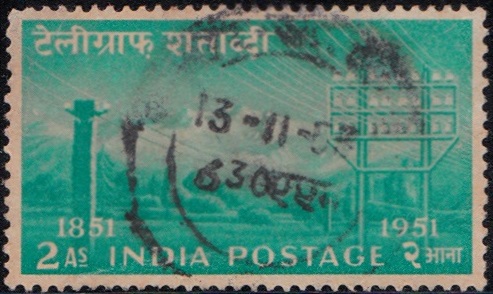 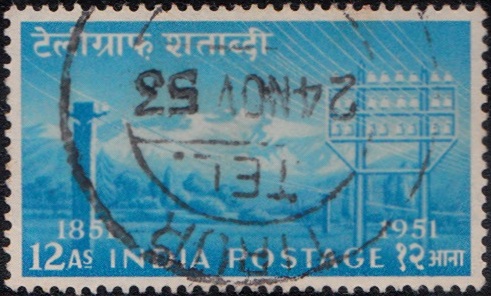 Issued for : On 1 November 1953, almost two years after the actual centenary, the Department of Posts and Telegraphs issued two commemorative stamps to commemorate the centenary of Telegraph.

Picture : The stamps depicted a semaphore tower of 1851 and a modern telegraph line of 1951.