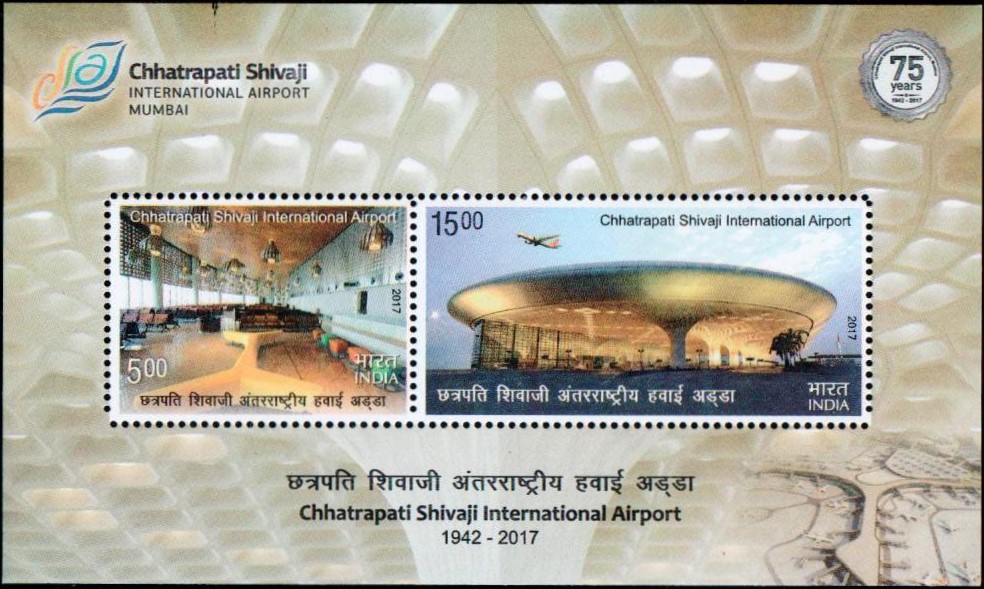 Issued for : On completion of 75 years, Department of Posts is pleased to release a set of two Commemorative Postage Stamps on Chhatrapati Shivaji International Airport.