A commemorative postage stamp on Tipu Sahib, ruler of Kingdom of Mysore (1982-99) [a part of ‘Personalities Stamps Series‘] : 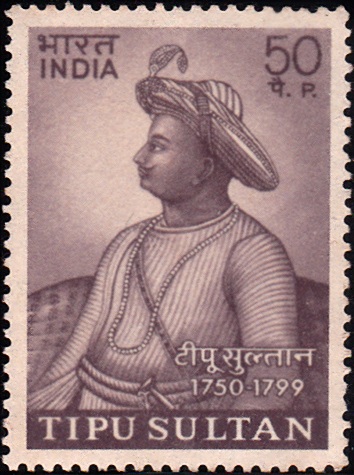 Issued for : The Posts & Telegraphs Department deems it a privilege to bring out a stamp in the memory of this great son of India.

Died on May 4, 1799 at Srirangapatna, Mandya, Karnataka, India