A commemorative postage stamp on the Birth Centenary of G. K. Gokhale, an Indian politician, social reformer and freedom fighter, founder of Servants of India Society : 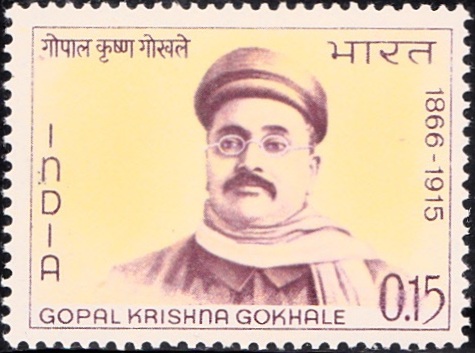 Issued for : It is, indeed, a great privilege for the Posts & Telegraphs Department to bring out a special postage stamp in honour of this great son of India on May 9, 1966, the centenary of his birth.

Born on May 9, 1866 at Kothluk, Ratnagiri, Bombay Presidency, British India