Complete set of 3 nos. of commemorative postage stamps on the 75th Anniversary of the 1st Flag Hoisting at Port Blair by Netaji Subhas Chandra Bose, head of Azad Hind government : 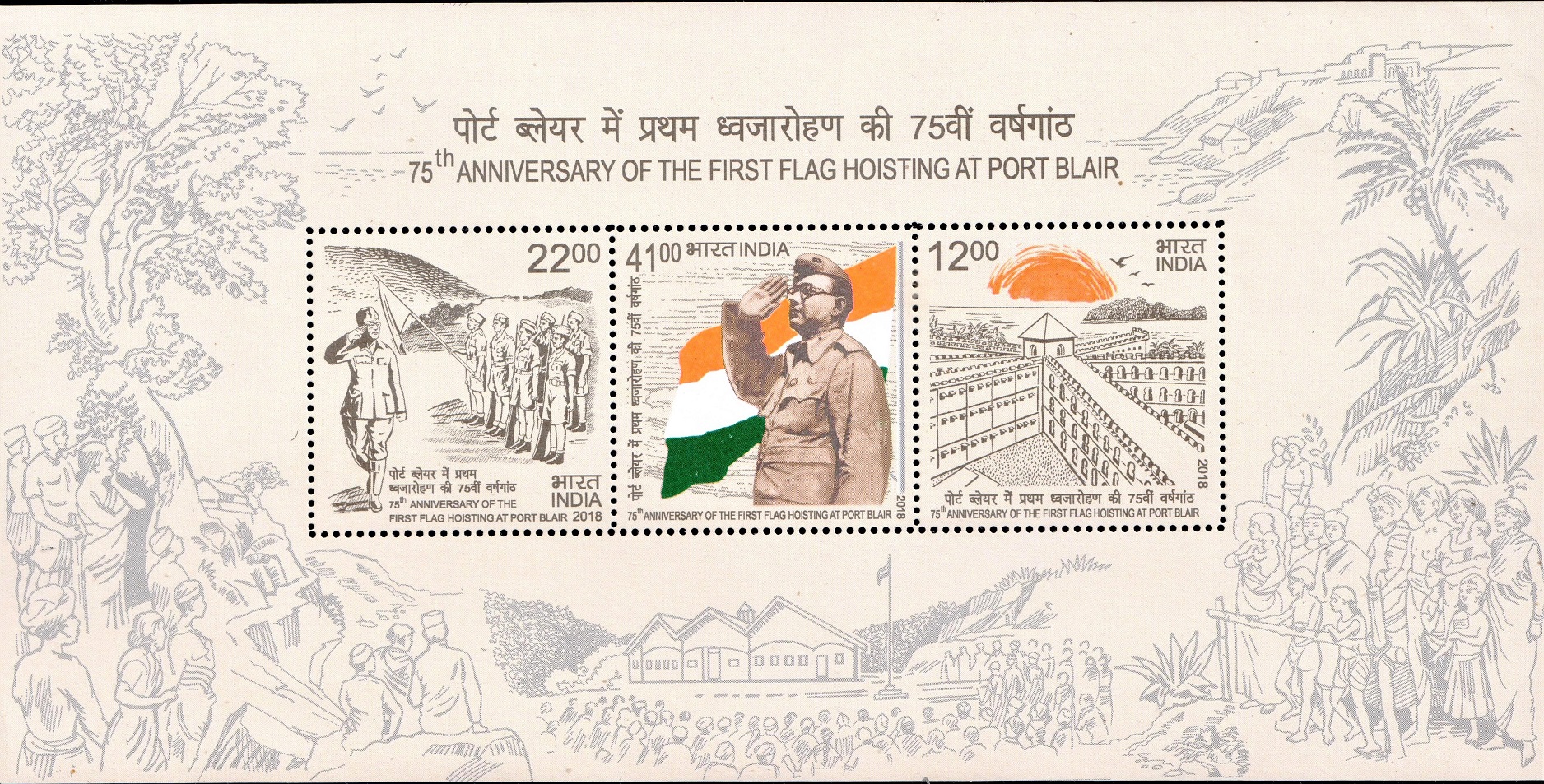 Issued for : Department of Posts is proud to release a set of three Commemorative Postage Stamps the total of whose denominations adds up to Rs. 75/- to mark the historic occasion of the 75th Anniversary of the first flag hoisting at Port Blair.