A commemorative postage stamp on the 25th Anniversary of the Independence of India : 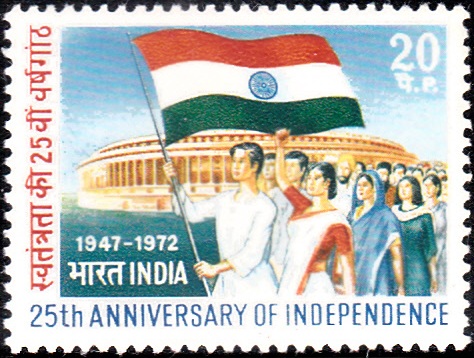 Issued for : The P & T Department has great pleasure in commemorating this historic event by bringing out a postage stamp and a special aerogramme.

Description of Design : The postage stamp brought out on this occasion depicts the people celebrating Independence Day by holding high the National Flag of India in front of Parliament, while the aerogramme shoes a picture of the historic Red Fort so intimately associated with many facets of our freedom struggle.