A Miniature Sheet consisting of 2 nos of commemorative postage stamps on the 150th Anniversary of the Indian Rebellion of 1857 : 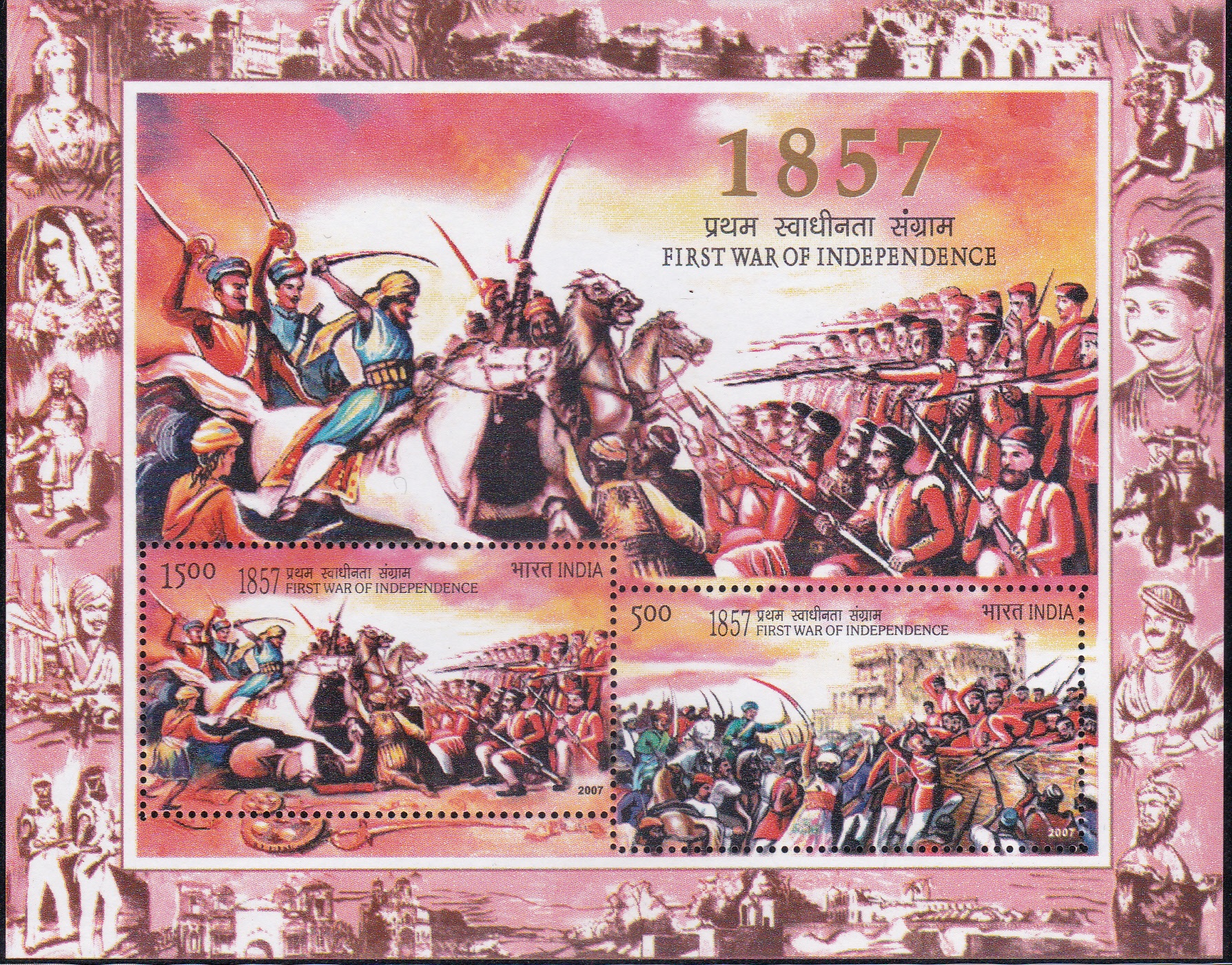 Issued for : Department of Posts is honoured to issue a set of postage stamps commemorating 150 years of the First War of Independence.

Design : The stamps and the miniature sheet artistically depict the two pitched battles at Kanpur and Lucknow focusing on unknown soldiers.