Complete set of 2 commemorative postage stamps on the Philately Week 1950 : 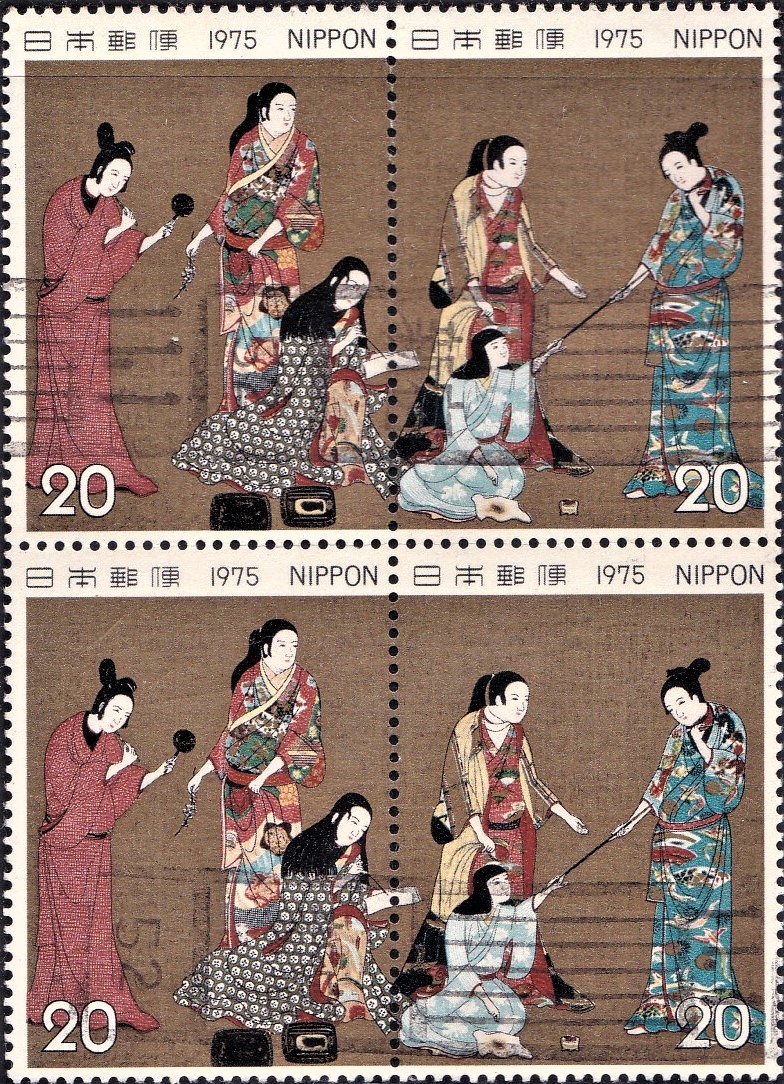 Issued for : As pair of special postage stamps was brought out to mark the Philately Week 1950 which began on April 20. The designs of the stamps had been adapted from the genre scene known as “Matsuura byobu“, a pair of folding screens. This folding screens has been designated as national treasure and in possession of Yamato-bunka-kan Museum, Nara.

Design : A part of the genre scene of “Matsuura byobu“