Complete set of 18 nos. of special postage stamps on the Mahabharata, the great Sanskrit epic from ancient India, written by Veda Vyasa : 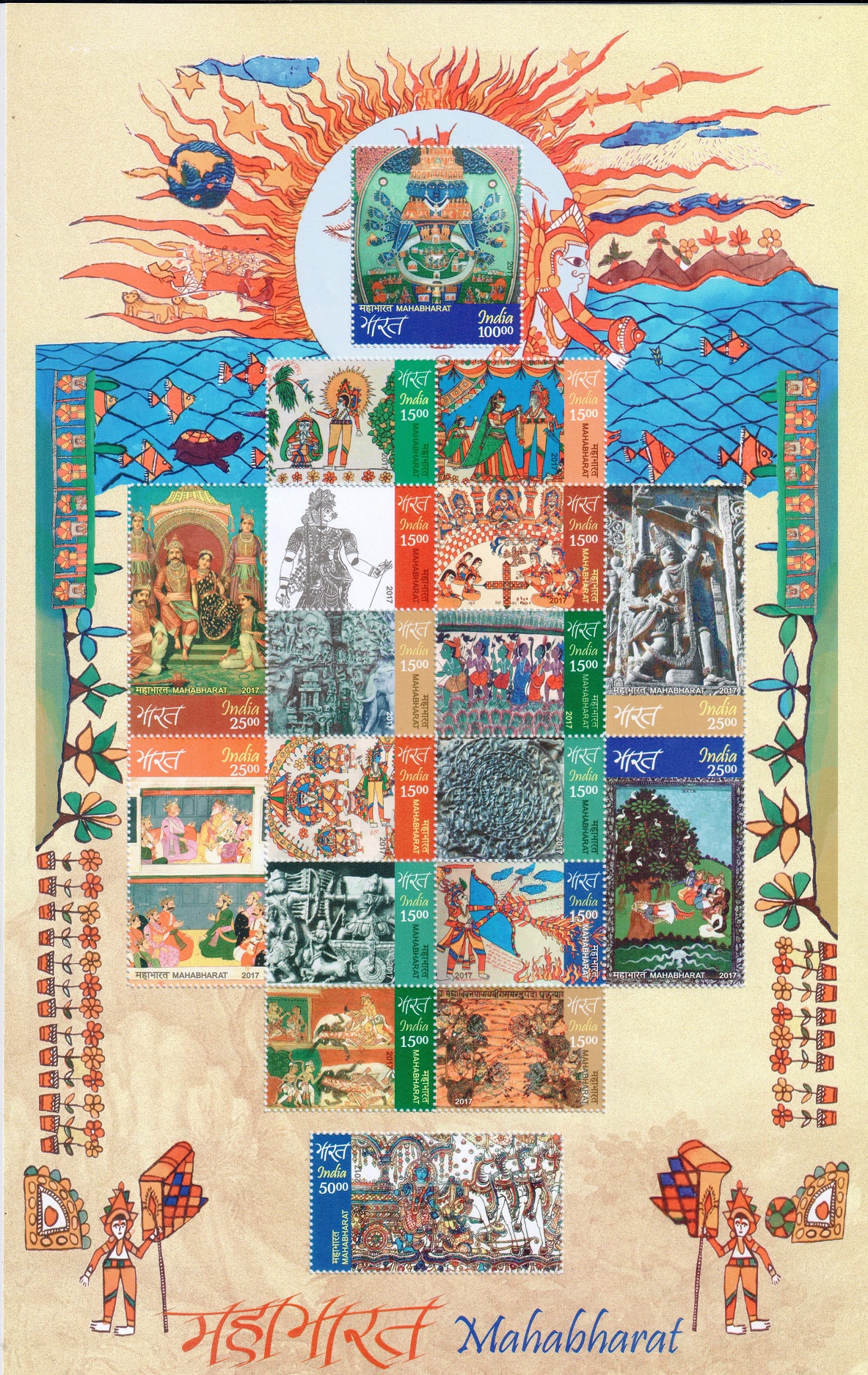 Issued for : Department of Posts is pleased to issue a set of eighteen Commemorative Postage Stamps on Mahabharat.