A miniature sheet consisting of 3 nos of commemorative postage stamps on the 151st Anniversary of the Madras Museum, 2nd oldest museum in India : 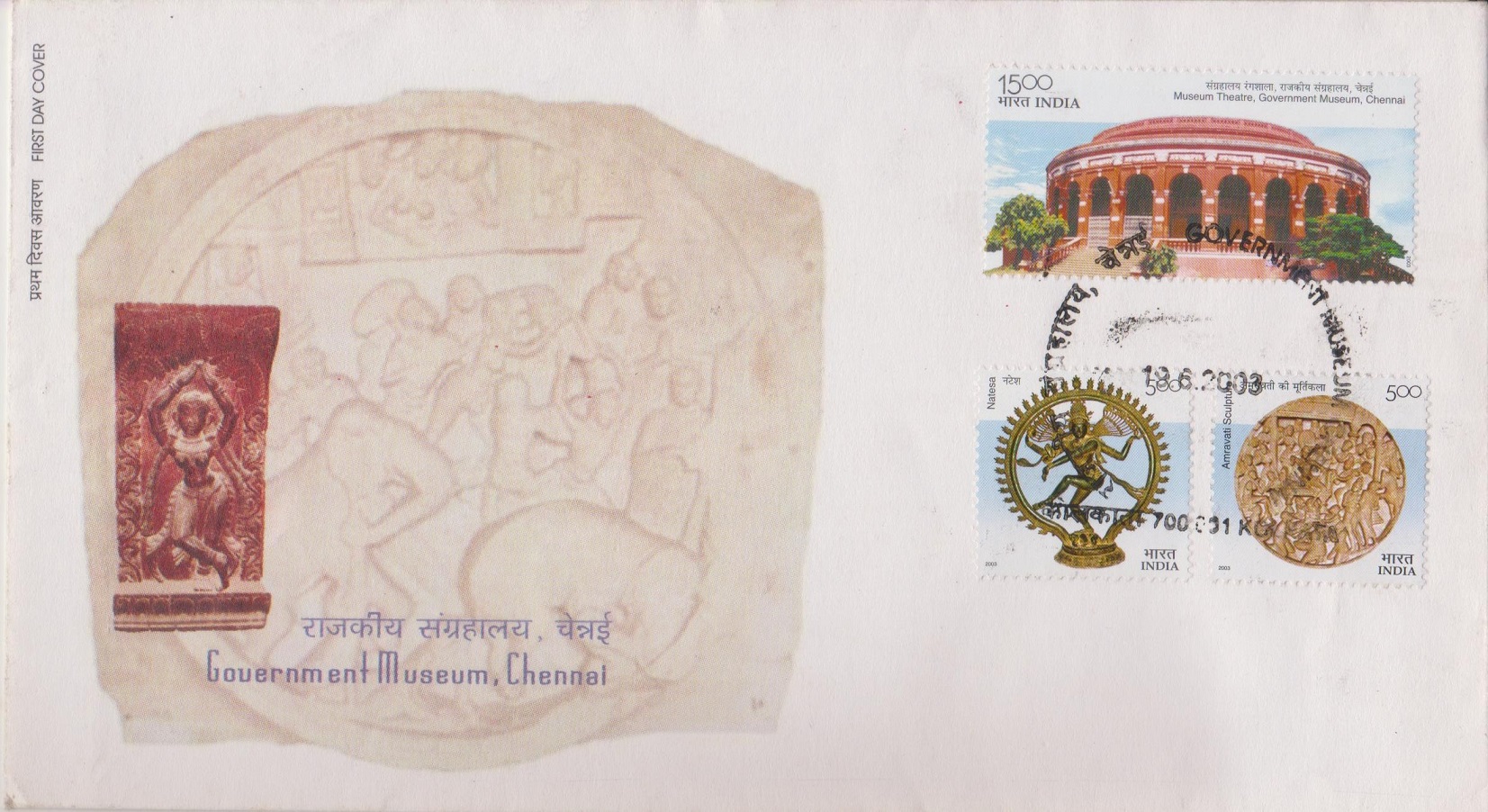 Issued for : The Department of Posts is happy to issue a set of three postage stamps and a miniature sheet as part of the year-long celebrations of the 151st anniversary of the Government Museum, Chennai.

Design : The first stamp depicts Natesa, a 12th century A.D. Bronze from Thanjavur district. The image is notable for its vigour and details of ornamentation. The second stamp carries a picture of the century-old Museum Theatre, a heritage building in semi-circular shape with striking architectural features. A sculptured medallion (circa 150 A.D.) from Amravati figures on the third stamp, which tells a story related to king Bandhuma. Its craftsmanship is of the highest order. The miniature sheet depicts some of the other remarkable exhibits of the museum also.