A commemorative postage stamp on the 10th Anniversary of the International Maritime Organization (IMO), a specialised agency of United Nations responsible for regulating shipping : 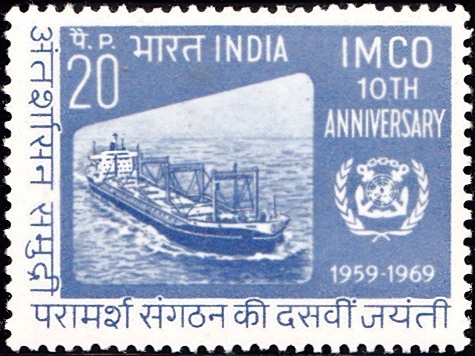 Issued for : The Posts and Telegraphs Department is happy to associate itself with these celebrations by bringing out a stamp in commemoration of the event.

Description of Design : The design of the stamp is horizontal and depicts a picture of a tanker on the sea. On the right-side, the symbol of the Inter-Governmental Maritime Consultative Organisation (IMCO) is shown.