A commemorative postage stamp on the 5th International Conference on the Goats : 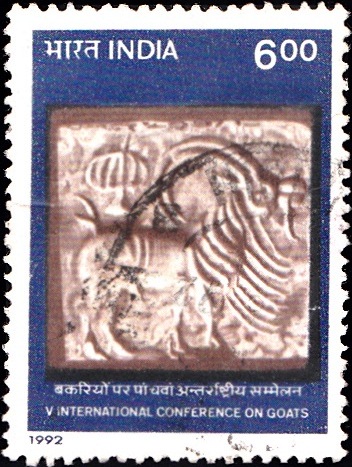 Description of Designs : The stamp, depicting a seal from the Harappa Culture of 2500 to 1500 B.C., has been designed by India Security Press, Nashik. The First Day Cover shows a stone carving of around 1 B.C. depicting the legend of King Daksha with a goat head along with his consorts, worshiping Lord Shiva. The cancellation depicting another seal from the Harappa Culture, has been designed by Alka Sharma.