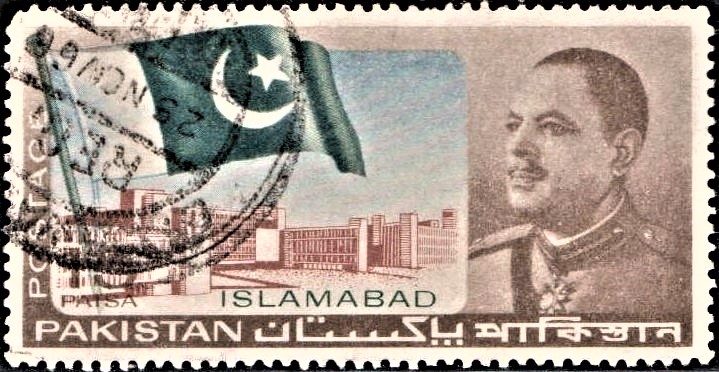 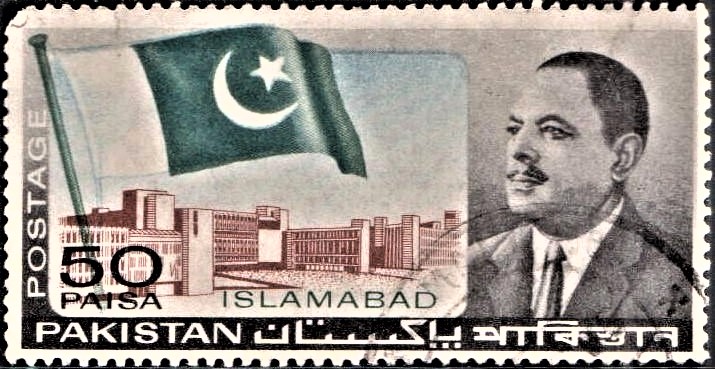 Design : The President‘s portrait appears on the right hand side. Secretariat Building is shown in a window shaped aperture on the left of the stamp. The National Flag in the national colouring is shown in an unfurled aspect, from left to right above the Secretariat Building in Brick Red against Bluish sky background. The word “Pakistan” in English, Urdu and Bengali appears in reverse in the lower panel. Denomination is shown at bottom left hand corner of the window shaped aperture. The word “Islamabad” is printed in the foreground below the Secretariat Building. In 15 Paisa stamp the President is shown wearing Field Marshal‘s uniform in sepia while in the 50 Paisa stamp the President is in civilian dress in black.