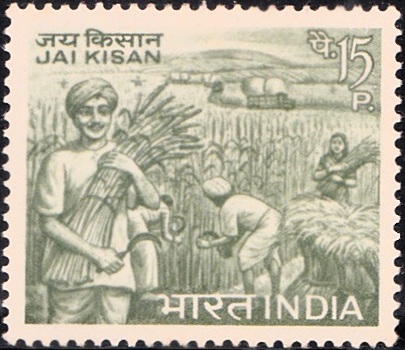 Issued for : The inspiring slogan “Jai Jawan, Jai Kisan” was given to the country by our revered leader the late Shri Lal Bahadur Shastri. The Jai Jawan stamp was brought out last year on Republic Day as a tribute to our Armed Forces. The Posts & Telegraphs Department will bring out the Jai Kisan stamp on the 11th January, 1967 to mark the first death anniversary of Shastriji.