A commemorative postage stamp on the Jallianwala Bagh : Homage to Martyrs of Independence : 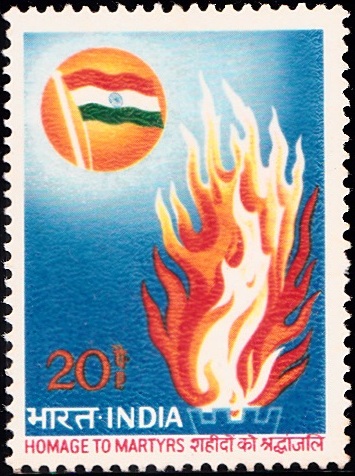 Issued for : The Posts & Telegraphs Department is happy to bring out the commemorative postage stamp to pay their homage to the martyrs.

Description of Design : The stamp is vertical. The National Flag in the form of the rising Sun represents political freedom from the dark night of foreign domination. The flame symbolises the indomitable spirit of the millions of our men and women who laid down their lives for the country’s freedom. The design of the stamp is adopted from the original prepared by Shri C.R. Parakshi, Artist, New Delhi.