A commemorative postage stamp on Madanlal Dhingra – A Comet in the Indian Revolutionary Sky : 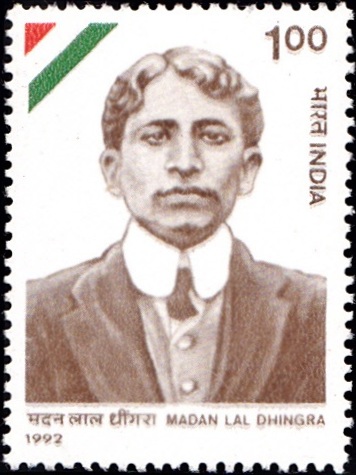 Issued for : The Dept. of Posts joins the salute to this great son of India.

Description of Designs : The stamp has been designed by India Security Press, Nashik. The First Day cover showing India House London & the cancellation have been designed by Shankha Samantha.