A commemorative postage stamp on the 500th Birth Anniversary of Michel Angelo, an Italian sculptor, painter, architect and poet of High Renaissance born in Republic of Florence : 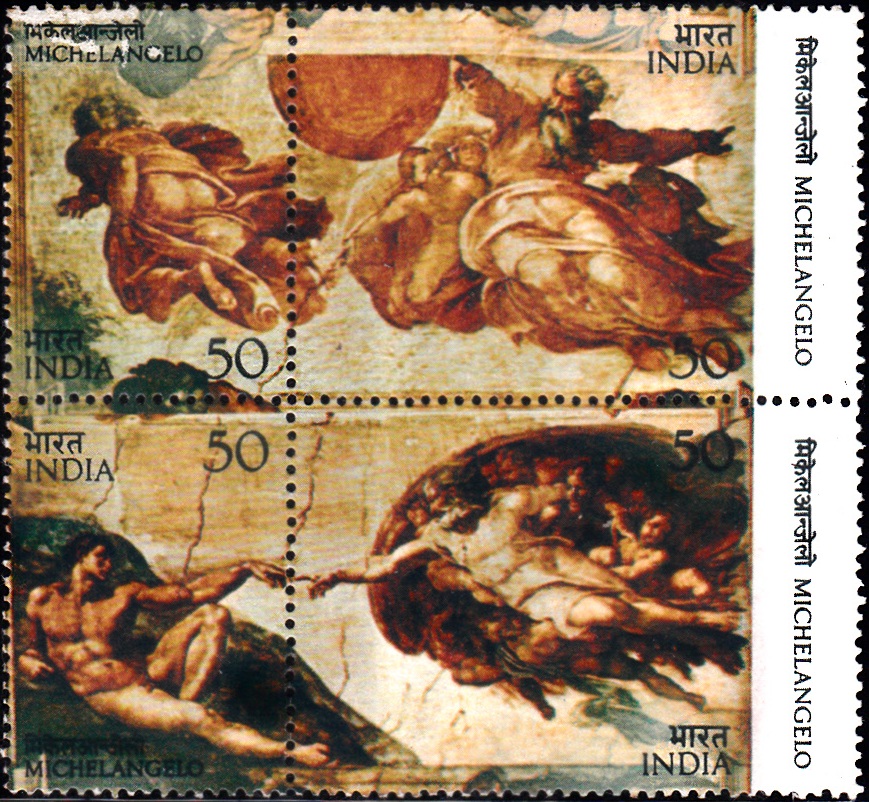 Issued for : The Posts & Telegraphs Department feels privileged to honour this great artist by issuing a commemorative stamp during 1975 when his 500th birth anniversary is being observed.

Description of Design : The quadruple stamp shows two paintings done by Michelangelo on the ceiling of Sistine Chapel in Vatican. The picture in the upper half depicts the theme “The Creation of the Sun and Moon and the Plants” and the one in the lower half shows “The Creation of Man“.