A Miniature Sheet consisting of 4 nos of postage stamps on the 150 years of Indian Post : 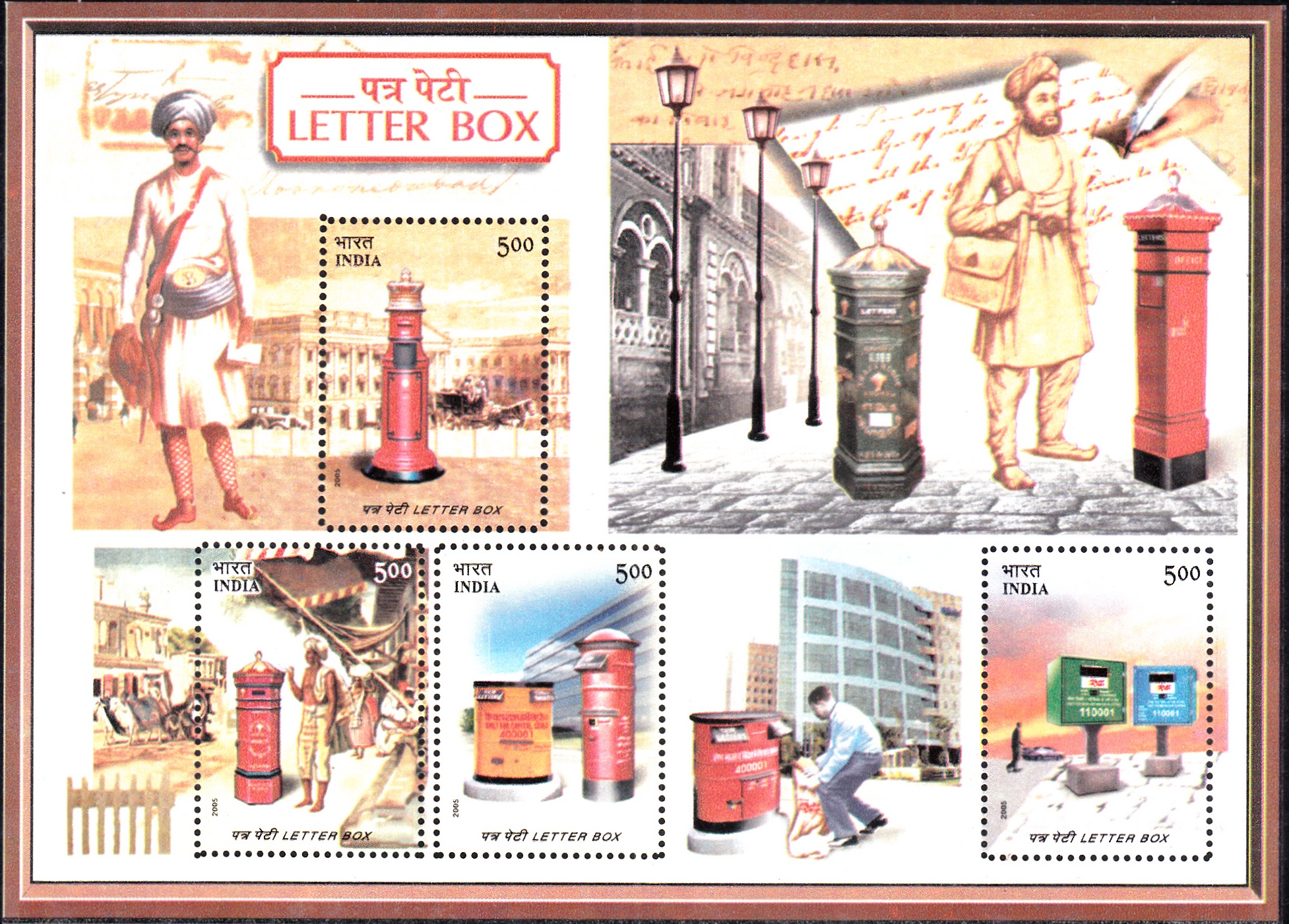 Issued for : In the sesquicentennial year, the Department of Posts is proud to issue a set of four commemorative postage stamps depicting the Victorian Letter Box, the Penfold Letter Box, the Cylindrical Letter Box and the TV type box, respectively.