Complete Set of 2 nos of postage stamps on the Golden Jubilee of the National Savings Institute of India : 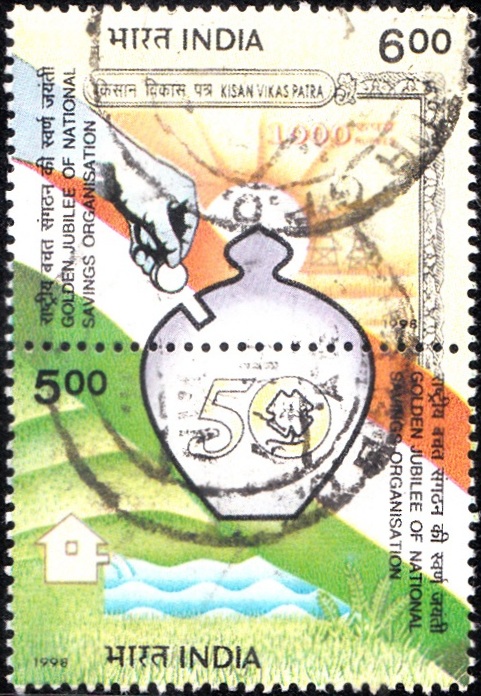 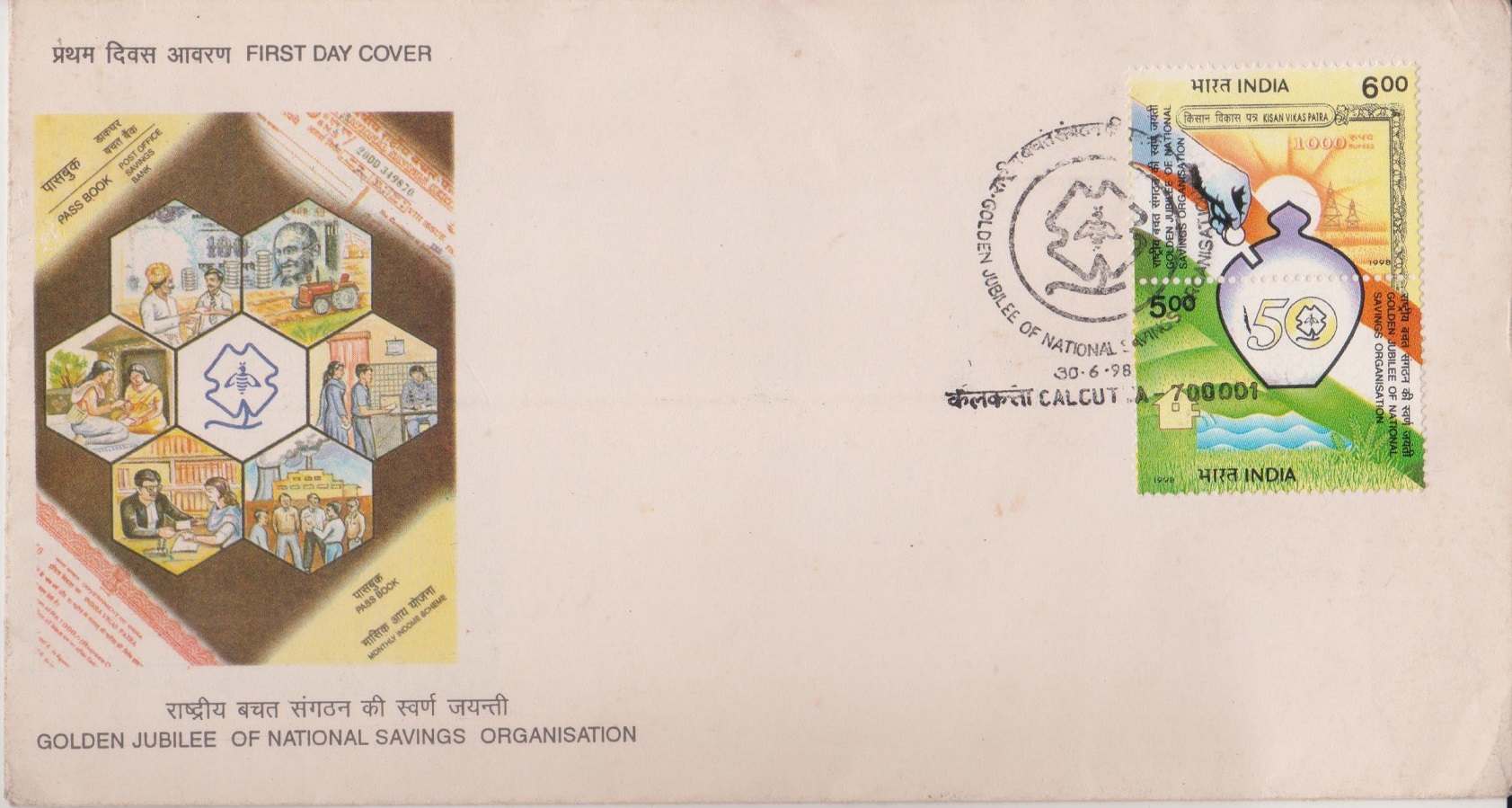 Issued for : The Department of Posts is happy to issue this commemorative stamp in celebration of the Golden Jubilee of National Savings Organisation and the success of the savings movement in independent India.

Design : The theme depicted in the stamp is “Collective Thrift in the March of the Nation”. The first day cover shows various facets of activities of NSO and the cancellation portrays the NSO logo of honeybee, symbolising untiring effort, safety, security and good returns in small savings activity.