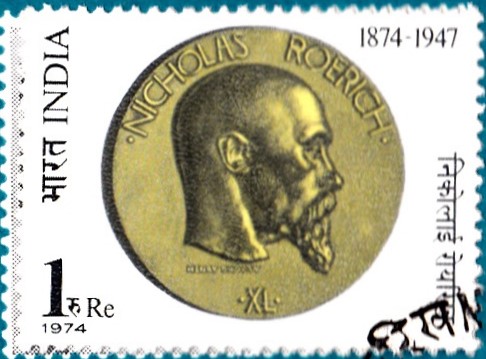 Issued for : The Posts and Telegraphs Department deems it a privilege to commemorate the birth centenary of Prof. Roerich by the issue of a postage stamp.

Description of Design : A medallion of Nicholas Roerich done by Henry Dropsy has been adopted as the motif of the stamp.