Complete set of 4 nos. of commemorative postage stamp on the 75th Anniversary of the 1st Powered Flight : 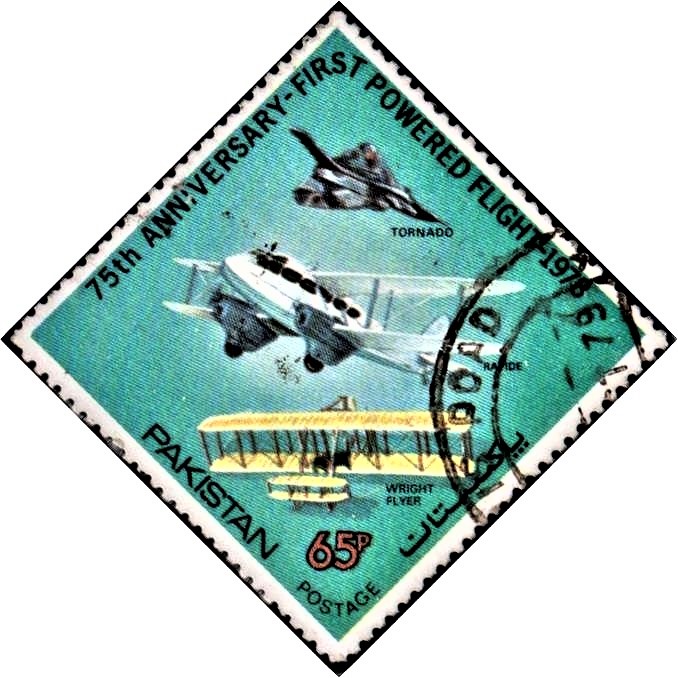 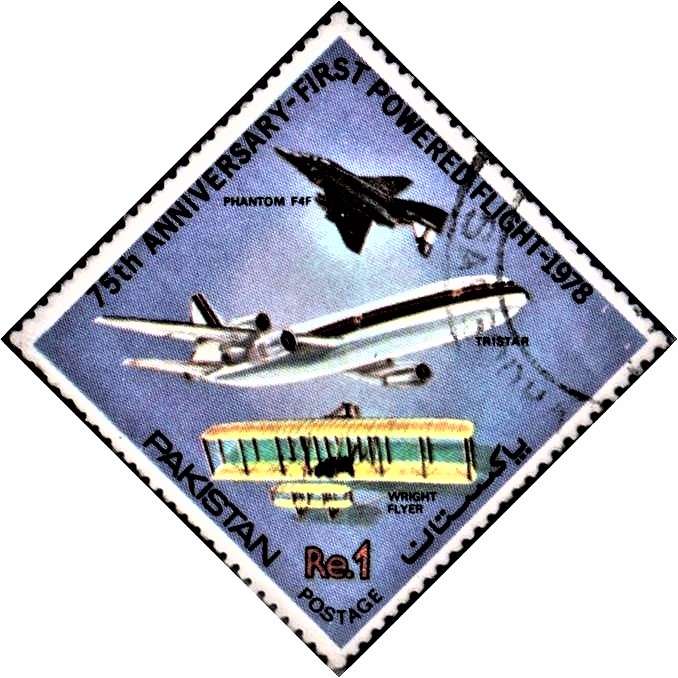 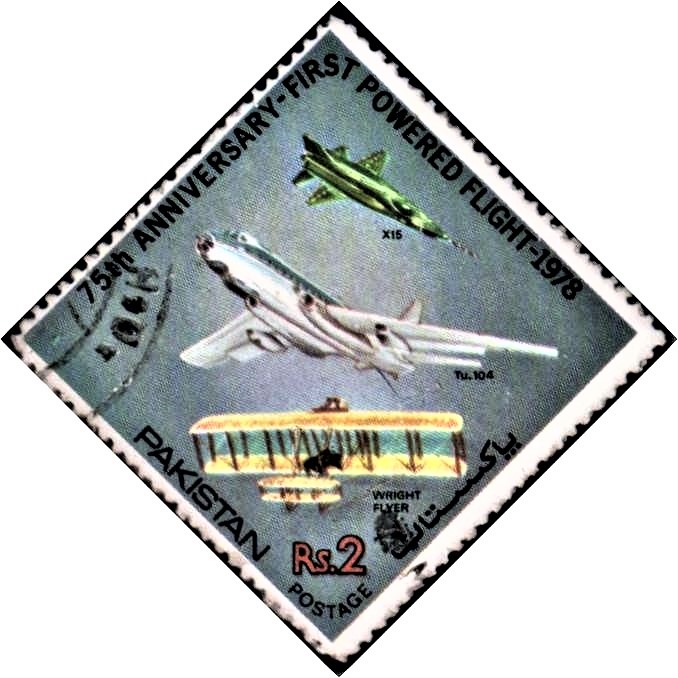 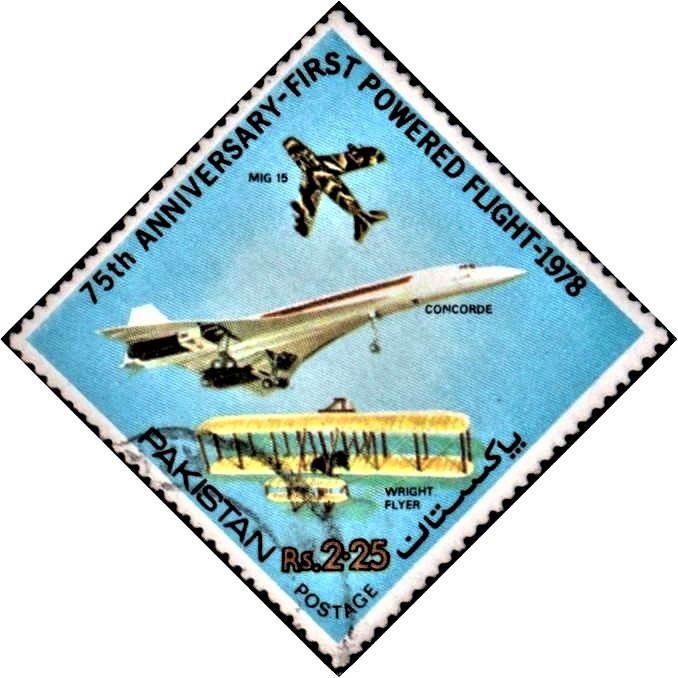 Description : The main feature of the stamps are aeroplanes of old and new designs. The first powered aeroplane ‘the Flyer’ made by Wright Brothers is shown in each stamp in yellow colour at the lower portion. Modern planes are shown above the ‘Wright flyer‘ to indicate gradual development both in Civil and military aviation.