A commemorative postage stamp on the 75th Anniversary of the First Powered Flight : Wright Flyer (Flyer I / 1903 Flyer) : 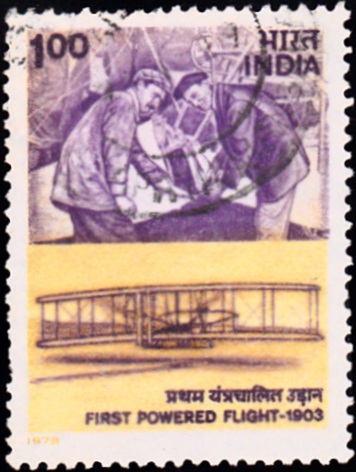 Issued for : The Posts and Telegraphs Department feels privileged to issue a commemorative stamp on the 75th year of First Powered Flight.

Design : The stamp depicts Wright Brothers with their aeroplane. The design is based on photographs by courtesy of International Communication Agency, New Delhi.