A commemorative postage stamp on the 150th Birth Anniversary of Henri Dunant, founder of the Red Cross : 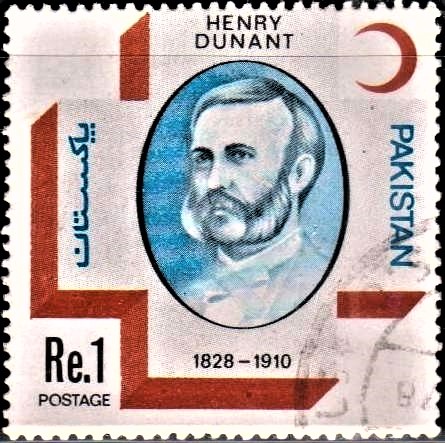 Issued for : As a mark of tribute to the memory of Henry Dunant Pakistan Post Office is issuing a Commemorative Postage Stamp of Re. 1/- on his 150th birth anniversary which fails on 8th May, 1978.