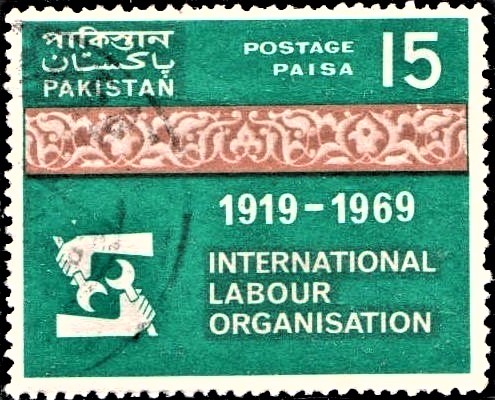 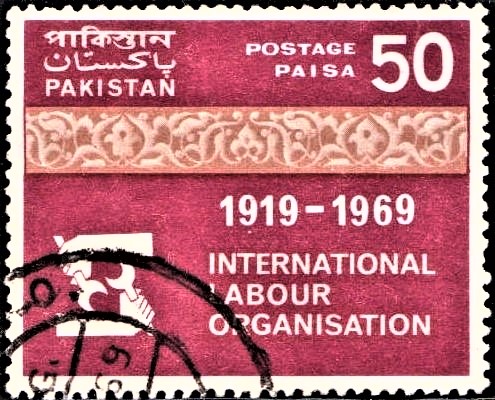 Issued for : The I.L.O. is celebrating its 50th Anniversary this year. Pakistan Post Office is issuing a set of two stamps of 15 Paisa and 50 Paisa denominations on 15th May, 1969 to commemorate the occasion.

Design : The format of the stamps is rectangular. A band of arabesque pattern runs horizontally across the design. The upper portion bears the word ‘Pakistan’ in Bengali, Urdu and English on the top left corner in Yellowish Orange Colour. The words ‘Postage’ and ‘Paisa’ in English along with the denomination figure appear on the right top corner in reverse. The lower portion bears the symbol of International Labour Organization on the left corner in reverse. The year ‘1919-1969’ appears in reverse on the right side above the words ‘International Labour Organization’ in Yellowish Orange Colour. The design of 50 Paisa is similar to that of 15 Paisa, except that the background is Garnet Red, whereas the background colour of 15 Paisa is Bluish Green.