A commemorative postage stamp on the Namibia Heroes Day : 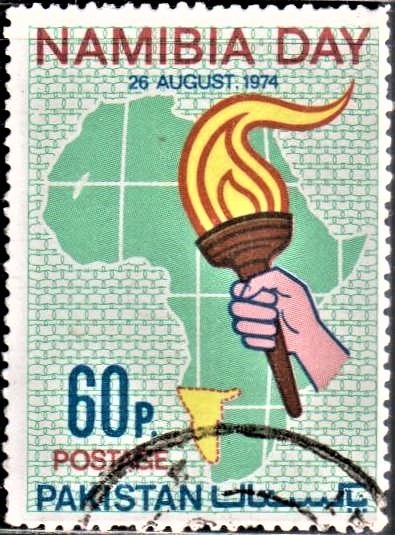 Design : The stamp is vertical in format. The map of the continent of Africa showing boundaries of Namibia in Yellow colour appears in the background. On the map a hand holding up a torch of freedom is shown in Red, Yellow and Brown colours symbolising the struggle for freedom.