A commemorative postage stamp on the Shahrah–e–Pakistan (Pakistan Highway) and Important Cities alongside It : 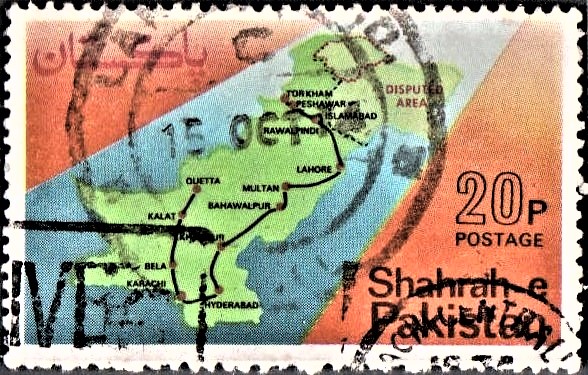 Design : The stamps is horizontal in format. The highway or Shahrah-e-Pakistan is shown running across the stamp. In the background is shown the map of Pakistan in green colour alongwith the map of Kashmir in light green colour. Gilgit Agency is shown distinctly by a doted red line, while Kashmir portion bears the inscription of “disputed area” in red. The route of the Highway is indicated by a thick black line connecting the major cities represented by red dots with the names of the cities.