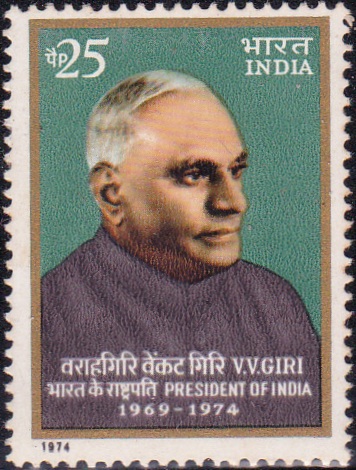 Issued for : By issuing a commemorative stamp in honour of V.V. Giri, the Posts and Telegraphs Department consider themselves privileged in being able to offer a token of the country’s immense gratitude to this illustrious son of India.