A commemorative postage stamp on the Centenary of the Papal Seminary, Pune (1893-1993), a Catholic educational institute for training of future priests of India : 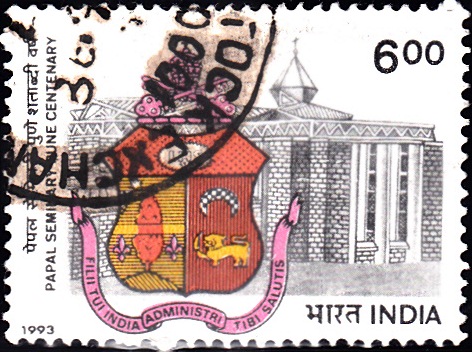