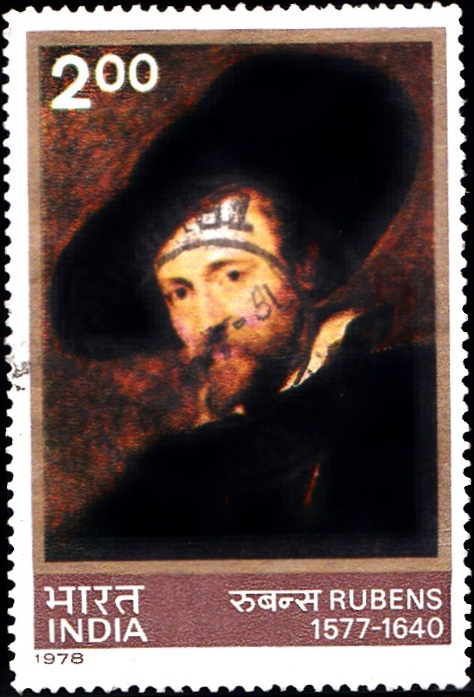 Issued for : The Indian Posts and Telegraphs Department feels privileged to honour the memory of Peter Paul Rubens, a great artist, diplomat and humanist, by issuing a Commemorative Stamp during the 400th anniversary of his birth.

Description of Design : The design of the stamp is vertical and depicts the self-portrait of Rubens.