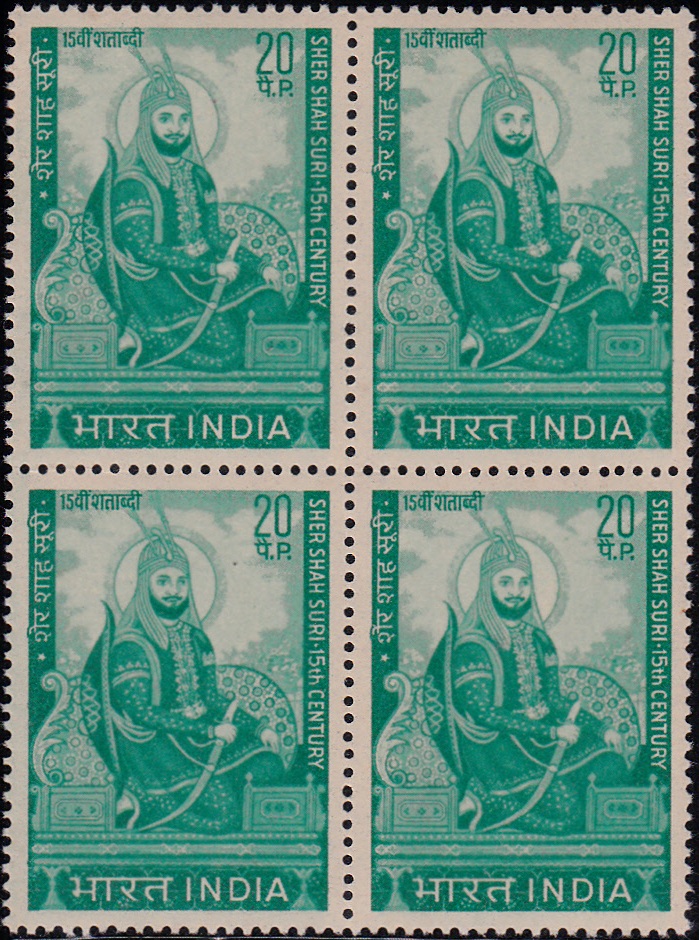 Issued for : The Indian Posts and Telegraphs Department was happy to issue a special postage stamp honouring the memory of this great and popular ruler and one of the early pioneers of a nationwide postal service.

Picture : The design of the stamp is vertical and depicts a portrait of Sher Shah Suri.

Died on May 22, 1545 at Kalinjar Fort, Bundelkhand, Uttar Pradesh, India