A commemorative postage stamp on the 25th Anniversary of the Republic of India (1950-75) : 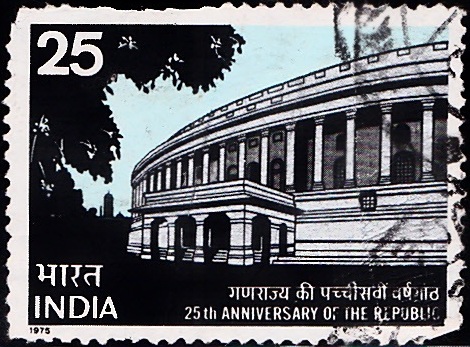 Issued for : The Posts and Telegraphs Department are proud to focus on the successful completion of the first 25 years of the Republic and of the working of our Constitution and Parliament by bringing out a commemorative stamp on the occasion of the Silver Jubilee celebrations.

Description of Design : The stamp depicts an architectural drawing of a portion of Parliament House. The drawing is by Shri R.N. Mathur of the P & T Civil Wing.